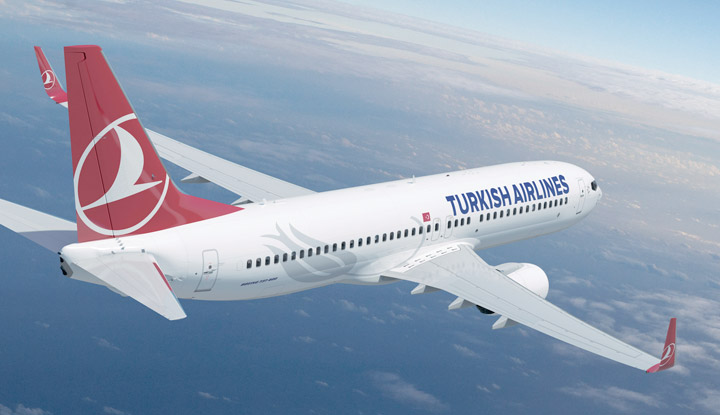 ISTANBUL and SOUTHLAKE, Texas - June 10, 2015 – Sabre Corporation (NASDAQ: SABR), a global technology provider to the travel and tourism industry, has signed a new technology agreement with Turkey’s leading passenger air carrier, Turkish Airlines, to provide its AirCentre Flight Plan Manager solution to  streamline the airline’s operations. In addition, the airline will be moving from its current flight tracking system to adopt Sabre’s Flight Explorer within the scope of this agreement.

Since the start of this agreement, Sabre has worked closely with Turkish Airlines to implement AirCentre Flight Plan Manager to provide vital cost savings and support key flight planning decisions.  Under the new agreement, the solution will provide a significant support for strengthening the flag carrier’s position within the regions it serves.

Dr. Ahmet Bolat, Turkish Airlines’ Chief Investment and Technology Officer, said: “Our vision is to become one of the leading airlines in the world, and having the right technology in place is essential to achieve this. For the past six years, Sabre’s Flight Plan Manager has been an integral tool in supporting us to automate the collation of substantial flight planning data.  This has helped us to strike that difficult balance between reducing operational costs whilst also providing an enhanced flight experience for both our passengers and crew. Working with Sabre enables us to work towards our vision of creating a truly connected airline, with all operations supporting each other to improve overall decision-making.”

Dino Gelmetti, Vice President Sabre Airline Solutions, EMEA, said: “Turkish Airlines is enjoying increasing success in the regions that it serves and has a clear strategy for continued growth.  Sabre is fully committed to helping Turkish deliver that strategy by providing technology that can help it streamline its operations and increase revenue.  Furthermore, we recognize Turkey as one of the strongest and most exciting emerging nations in EMEA and an important market for global business; we have recently launched an office in Istanbul to take advantage of the growth opportunities within this dynamic market and better serve our clients that operate within the region.”

Sabre Flight Plan Manager brings together real time information on a number of key variables – including weather, air space restrictions, aircraft performance and schedule information – and then calculates the most optimal flight route relative to these variables.  This automation supports flight planning decision-making across all operations, enabling airlines like Turkish to address key ongoing concerns, such as fuel efficiency and CO2 emissions.

Turkish Airlines is one of the world’s fastest-growing carriers using Sabre’s technology.  Globally, Sabre’s technology is used by 225 airlines, including most of the world’s largest carriers. Sabre’s broad suite of flexible and scalable software solutions allows airlines to operate how they want to and adapt their business to changing needs and requirements. Sabre’s solutions optimize day-to-day airline operations and ultimately help airlines solve their biggest challenges – driving increased revenues, reducing costs and delivering better travel experiences.