Sabre Launches the Capability to Sell United Economy Plus Seating 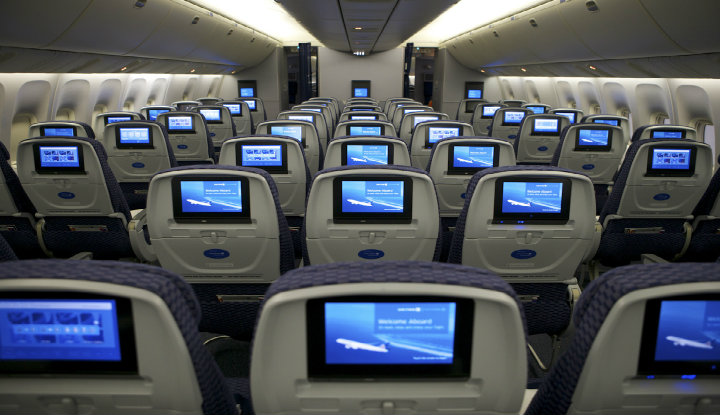 SOUTHLAKE, TEXAS AND CHICAGO, June 17, 2014 – Sabre Corporation(NASDAQ: SABR) and United Airlines today announced that the airline’s Economy Plus seats are available for sale globally through travel agents using the Sabre global distribution system (GDS), which enables airlines to bring unique products and a multitude of personalized offers to travelers.

United’s Economy Plus seats, which are located at the front of the Economy cabin, enable customers to stretch out with more room to work and relax. The airline offers more extra-legroom economy-class seating than any other airline in North America.

In addition to having the ability to book United’s Economy Plus seats within their existing workflow, travel consultants can view a multitude of detailed seat characteristics and expanded cabin layouts, which also include flat-bed seats, via Sabre’s enhanced interactive seat map.

The airline seats can be purchased on United flights, regardless of destination, by Sabre subscribing agencies.  Sabre agents can also assign Economy Plus seats to United's eligible frequent flyers and those who have purchased an annual subscription.

“Sabre continues to invest in technology to support airlines’ merchandising strategies today and into the future,” said Shelly Terry, Sabre Travel Network’s vice president of supplier merchandising. “The Sabre travel marketplace provides an invaluable platform for airlines to market and sell their products the way they choose, and for agents to best serve leisure and business travelers in the most seamless and efficient manner. We are thrilled to have United’s Economy Plus seats back in our marketplace.”

"Our Economy Plus seats provide tremendous value to our customers," said John Slater, United's vice president of sales for the Americas. "This next-generation travel technology enables our travel management partners and travel agencies to offer the same Economy Plus shopping experience as we do on united.com.”

United joins more than 20 airlines worldwide using Sabre’s supplier merchandising capabilities to sell their products in new ways. Sabre’s solutions allow airlines to sell their ancillaries in over 120 countries, more than any other GDS, and are directly imbedded in an agent’s shopping workflow for seamless efficiency.

Sabre® is a leading technology provider to the global travel and tourism industry. Sabre’s software, data, mobile and distribution solutions are used by hundreds of airlines and thousands of hotel properties to manage critical operations, such as passenger and guest reservations, revenue management, and flight, network and crew management. Sabre also operates a leading global travel marketplace, processing over $100 billion of estimated travel spend in 2013 by connecting travel suppliers to their most valued customers, the business traveler.  Headquartered in Southlake, Texas, USA, Sabre operates in approximately 60 countries around the world.

United Airlines and United Express operate an average of more than 5,200 flights a day to 369 airports across six continents. In 2013, United and United Express carried more passenger traffic than any other airline in the world and operated nearly two million flights carrying 139 million customers. United operates nearly 700 mainline aircraft and, in 2014, will take delivery of 35 new Boeing aircraft, including the B787-9 as the North American launch customer, and will welcome 28 new E175 aircraft to United Express. The airline is a founding member of Star Alliance, which provides service to 195 countries via 26 member airlines. More than 85,000 United employees reside in every U.S. state and in countries around the world. For more information, visit united.com, follow @United on Twitter or connect on Facebook. The common stock of United's parent, United Continental Holdings, Inc., is traded on the NYSE under the symbol UAL.