“Our anniversary with Gulf Air, one of our major airline partners in the region, is a tremendous milestone that reaffirms our commitment to the industry and our valued customers,” said Daniel Naoumovitch, CEO, STNME. “Over the past decade, we’ve made significant investments in innovative products and solutions that empower the travel industry to grow and better serve travelers. Our expansion across the region is built on having a strong customer-first culture and a genuine passion for helping our customers grow, innovate and succeed.”

Highlights over the past 10 years include:

“Gulf Air’s partnership with Sabre and the success of our joint venture, STNME, have seen us work together to deliver solutions that make travel even more convenient to passengers. Our continued growth and innovation over the past 10 years is the truest reflection of the strength of this collaboration between a pioneering national carrier and a global travel technology innovator. Built on a strong customer focus, this has been our driving force over the first 10 years and will lead us in the future. We are delighted with our joint successes to date and we are anticipating many more in the future.” Said Dr. Jassim Haji, Gulf Air Director of Information Technology.

STNME was established as a joint venture between Gulf Air and Sabre in 2005 following a 30-year partnership. Since then, it has grown to become the leading provider of technology services to the travel industry in the Middle East. 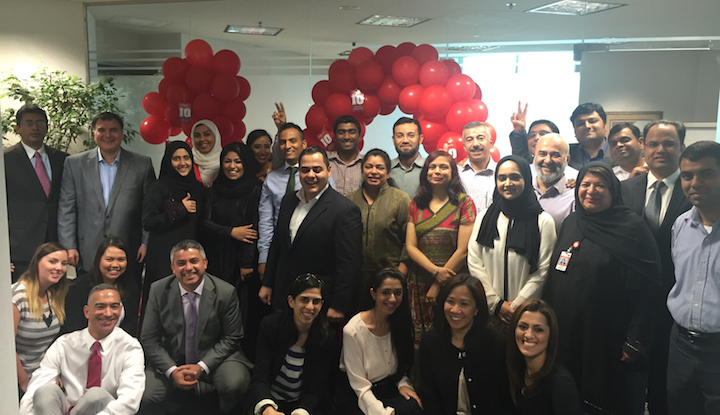 Gulf Air, the national carrier of the Kingdom of Bahrain, commenced operations in 1950, becoming one of the first commercial airlines established in the Middle East. Today, Gulf Air is a major international carrier serving 43 cities in 24 countries spanning three continents. The airline operates one of the largest networks in the Middle East, with double daily flights to over 10 regional cities, from its hub at Bahrain International Airport. Gulf Air serves all its destinations with a combination wide and narrow body fleet totalling 28 modern aircraft. Renowned for its traditional Arabian hospitality, evidenced by the airline’s signature family and business friendly products, Gulf Air is committed to being an industry leader and developing products and services that reflect the evolving needs and aspirations of its passengers.

Gulf Air connects Bahrain to the world and, as such, is a key national infrastructure asset, serving as a powerful driver for the economy and supporting the Kingdom’s on-going economic growth.

Gulf Air was the Title Sponsor of the 2015 FORMULA 1 GULF AIR BAHRAIN GRAND PRIX and will be the Official Airline of the Bahrain International Airshow 2016.