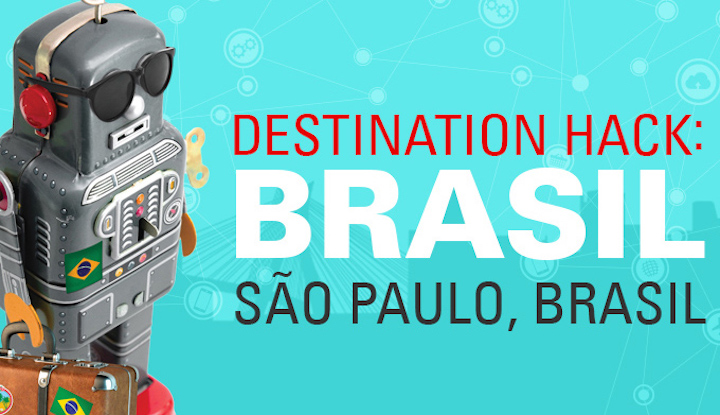 The event’s general brainstorming session kicks off on Saturday at 9 a.m., followed by twenty-four hours of intense programming, creative thinking and problem-solving for apps that could change the way people travel. Sabre is inviting developers across the country and from a variety of backgrounds – from students to start-ups to those working for some of the travel industry’s biggest brands, to register their teams at https://developer.sabre.com/hackathons/brazil2015

Over the weekend developers will gather in Sao Paulo’s Distrito venture building campus, to be challenged to think outside-of-the-box to create technology and apps with the potential of reinventing travel for millions of consumers. The competition includes the chance to win prizes valued in R$10,000, and the opportunity to have their prototype recognized as an idea that could enhance the travel experience globally.

“We are excited to host our leading travel technology developers competition in the flagship country for technology companies operating across Latin America, and have Sabre as partner and supporter of the Sao Paulo Tech Week—all to help position Brazil as an innovation hub around the world,” said Luiz Ambar, vice president of Sabre in Brazil and southern Latin America.

In this round-the-clock coding contest, participants will have free unlimited access to a set of more than 150 application programming interfaces (APIs) powered by Sabre Dev Studio (https://developer.sabre.com/) – Sabre’s industry-first open platform providing IT developers with immediate access to a sandbox, sample code documentation, prototypes and demos. Developers will also tackle REST APIs optimized for mobile applications, as well as other open technology provider tools, to create their prototypes.

Learn how to reinvent the concept of travel.