SOUTHLAKE, Texas – Oct 25, 2016 – How much are travelers willing to pay for airline ancillary services such as seats, bags and food when traveling?  New research from global travel technology company, Sabre Corporation (NASDAQ: SABR), has found that travelers would drop a hundred dollar bill to make their travel a little more “about me”.

Sabre surveyed travelers from 20 countries about what they would spend and why. The results show that 80 percent of travelers purchased air extras on their last trip, spending an average of $62.  When asked if they would spend more to personalize their trip, the answer was “yes” – up to $99 if it improved their travel experience.

The research was announced at the IATA World Passenger Symposium in Dubai, as part of a Sabre-hosted industry roundtable on how airlines and hotels can deliver more tailored offers and services to customers. 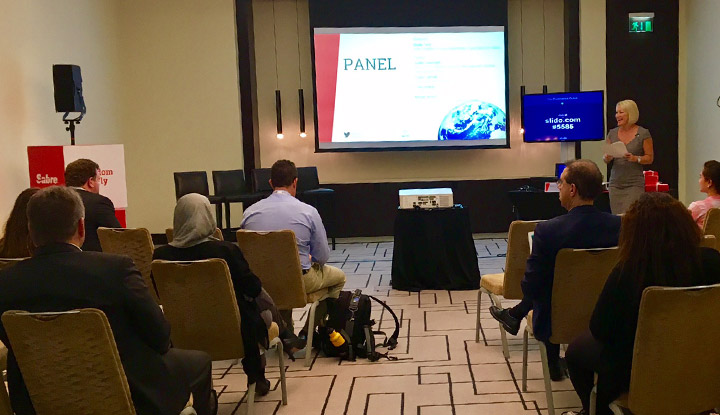 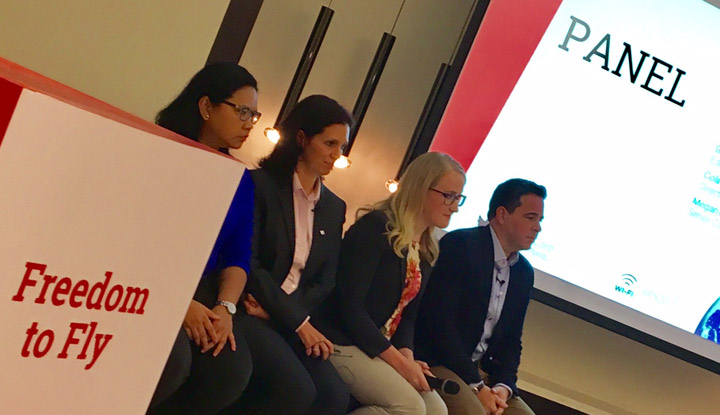 The survey also found differences between what people from different regions would spend on extras. 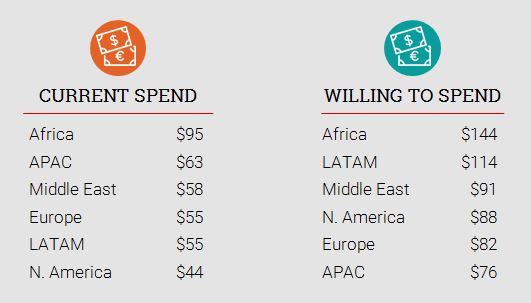 When asked what they would be most likely to spend money on, the most desired ancillaries were cabin class upgrades, on-board food and beverage and preferred seating and extra leg room – all at 11 percent.  This was followed by in-flight wi-fi (nine percent) and extra checked baggage (nine percent).  The popularity of each ancillary varied between travelers from each region, with North Americans and Europeans choosing preferred seating and extra leg room; Latin Americans opting for on-board wi-fi, and Asia Pacific travelers selecting extra checked luggage.  For travelers from Africa and the Middle East, on-board food and beverage, and fast track security respectively topped their pick.

“It’s clear that while there are regional differences  in ancillary preferences, 80 percent of all travelers spend on air extras, representing a significant revenue opportunity for airlines,” said Dino Gelmetti, vice president EMEA, Airline Solutions, Sabre.  “Airlines know what their travelers want based on the data they have of past purchases. Yet so much of this data remains unused today.  However, by leveraging the latest technology, airlines can unlock this data and show they know their travelers by offering the right products at the right time and tailoring a personalized experience that will improve customer loyalty and generate much-needed revenue.”

The study also revealed differences in the time it takes travelers around the world to book trips.  African travelers were the fastest planners, with 33 percent saying they spent less than a day planning their last trip, compared to just 12 percent of travelers from Asia Pacific.  At the other end of the scale, American travelers were the most likely to plan in advance with nine percent taking longer than a month, compared to just three percent of travelers from Africa and the Middle East.

“Both airlines and travel agencies have a role to play in providing travelers with a complete booking service that combines the convenience of technology with the power of human interaction,” said Shelly Terry, vice president of travel product solutions, Sabre Travel Network.  “Airlines can maximise revenue by leveraging the expertise of travel agencies and ensuring their inventories are conveniently available to passengers through both direct and indirect channels, giving people the choice and freedom to book travel the way it suits them.”

The full report can be read here