On Thursday (September 26), over 300 participants listened to 11 charismatic speakers, including Szymon Hołownia, Krystyna Czubówna and Ireneusz Krosny. All this as part of the Talk’N’Roll conference, which was held in Krakow for the fifth time.

Broadening horizons, shedding light on new ideas and hosting group discussions to spur further development and action – this is the goal set by the organizers of the Talk’N’Roll conference. They invited 11 outstanding speakers to the stage, representing very diverse industries and areas of interest, including people known from the media – Szymon Hołownia, Krystyna Czubówna and Ireneusz Krosny.

The motto of this year’s Talk’N’Roll edition was “Crafting the future, NOW”. The first session was opened by the managing director of Sabre Polska, Sebastian Drzewiecki, who talked about how our personal brand can affect our professional future. Richard Lucas went on stage to change the perception of the audience about the rejection, arguing that it should be accepted and even embraced if you want to create the future. The next speaker, Chris Badura, took up the subject of empathy in the era of rapid technological development. Paula Mascarenhas (VP Sabre) shared insights and techniques that can help you manage your career and increase overall satisfaction by finding the right balance between work and private life.

The second part of the conference was opened by a multi-threaded conversation with Krystyna Czubówna, who talked, among other things, about how from her perspective the lecturer profession in Poland has changed over the years. After the interview, Piotr Nabielec from Produktywni.pl took up the problem of life in times of information, emotional and even choice overload, giving the audience valuable tips on how to deal with it. Łukasz Łętocha spoke about what another industrial revolution, known as “Industry 4.0” could lead to.

The organizers of the conference also took care of the artistic impressions by inviting to the stage the illusionist Daniel Jedynak. The third part of the conference was opened by Ireneusz Krosny, who entertained the audience with a pantomime, and then – on the example of his own career – talked about how he tries to maintain the right balance between a career on stage and private life. Szymon Hołownia also delighted participants with his speech, emphasizing above all the role of time in our lives. The publicist noted that even two minutes can change the situation radically and you need to be ready to use this time. In addition, Hołownia shared his thoughts on the reality surrounding us, recalling anecdotes that could have caused a smile on the faces of the audience.

Then Adrian Tworuszka reviewed the history and goals of several innovation models and referred them to how they are used today. Finally, Marcin Słowiak, on the example of Rubik’s cube, talked about the approach to problem-solving.

The organizers provided the broadcast for everyone who could not personally participate in the event, and recordings from the conference will be available on Sabre Polska YouTube channel. 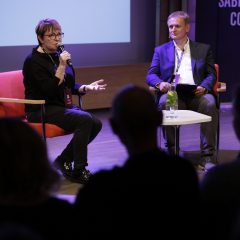 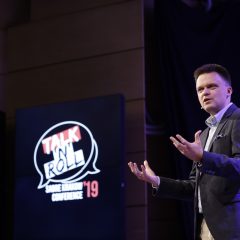 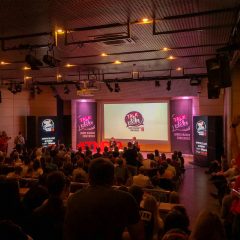 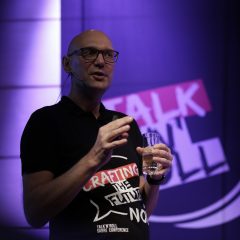 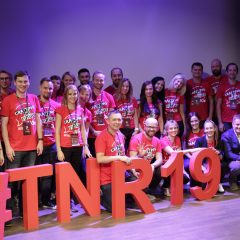 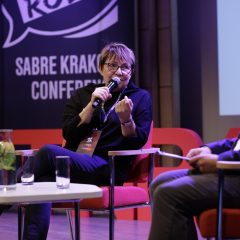 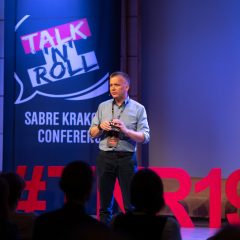 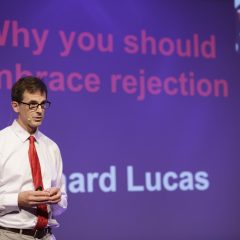 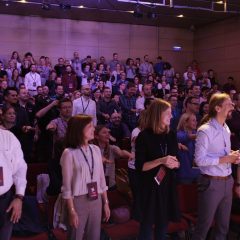