Polish carrier LOT and Sabre announced the renewal of strategic partnership. This includes a wide-ranging distribution agreement that ensures that hundreds of thousands of Sabre-connected travel agents worldwide can easily search, compare and sell LOT fares and offers through Sabre’s travel marketplace; and an upgrade to the newest version of Sabre AirCentre Flight Plan Manager, a technology solution already employed at the airline to reduce operational costs and increase efficiency.

LOT is currently executing its ambitious 2020 profitable growth strategy with the objective of becoming the leading airline in Central Europe. The airline is taking advantage of the dynamic air travel market in the region that is growing at a significantly quicker pace than in other European countries, taking targeted actions to develop a strong network of connections, offset competition, boost effectiveness and strengthen its team.

“We’ve embarked on an aggressive growth journey and the right technology plays a pivotal role in making our vision a reality,” said Rafał Milczarski, LOT’s CEO. “We are excited that we have found a committed, congenial partner in Sabre, with whom we are working hand-in-hand to increase our technological capabilities and deliver an even better travel experience to our customers.”

LOT’s 2020 strategy, which was launched in 2016, is already paying off. Since then, the carrier has added over 65 new routes, including flights to Miami, Los Angeles, Seoul and Singapore. Named the fastest-growing airline in Europe by Flight Global, it carried over 8.9 million passengers in 2018, which is more than double the number carried just four years before. The Polish carrier is consistently increasing the frequency of its flights and is improving its offering to those destinations, thus strengthening its position as the aviation industry leader in Central Europe. It operates long haul flights with the Boeing 787 Dreamliner, one of the most advanced wide body planes in the world. The Polish carrier celebrates its 90th anniversary in 2019.

The leadership teams of LOT and Sabre met this week to sign the renewed agreements and discuss further areas of collaboration. The occasion coincided with Sabre’s announcement that the technology company would move its global development center in Krakow to a new, larger, upgraded facility that underscores its commitment to Poland and broader Europe.

“We are very proud to partner with one of the most ambitious, forward-thinking airlines in Europe,” said Sabre’s CEO, Sean Menke. “Thanks to a laser-focused strategy and strong commitment throughout the organization, LOT has achieved phenomenal success over the past three years. We are looking forward to continuing our rewarding partnership and exploring new ways to help LOT succeed further through the power of technology.” 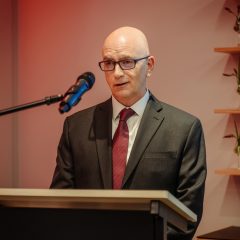 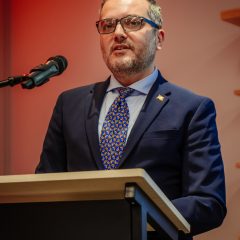 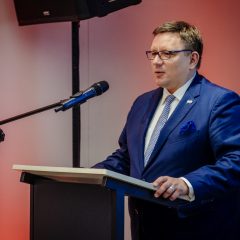 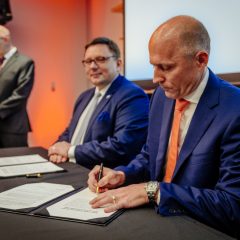 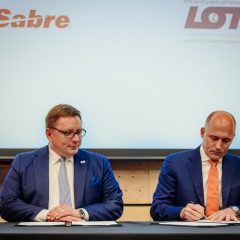 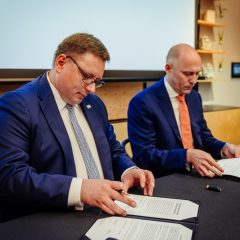 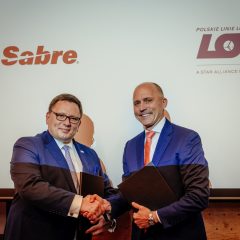