Approach for CI-CD in Machine Learning: A Retail Intelligence Use Case 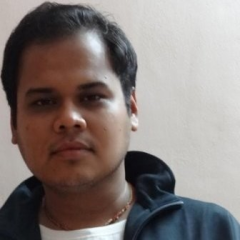 An enterprise application software is composed of multiple layers, components and verticals. While until most recently, the foundations of these systems comprised of elements like databases, web-engines, MQs, User interface etc., machine learning based sub systems have made a significant foray into the ecosystem. Like other auxiliary systems that make up part of the bigger ecosystem, sub-systems that implement machine learning practices should also adhere to common software development and deployment strategies like CI-CD covering all functional and nonfunctional facets like code testing, verification, security and portability.

Retail Intelligence is Sabre’s pilot initiative to operationalize systems backed with machine intelligence on production, helping airlines to capitalize on revenues generated from dynamic bundle offers. As part of the initiative, the team formalized a generic approach to implement CI – CD practices for ML project.

This article details our strategy and implementation in applying CI and CD practices behind the Retail Intelligence tool’s Machine Learning Systems.

Continuous integrations and Continuous Delivery / Deployment have become dominant facets of software engineering. Before we dive into the strategy and implementation of CI-CD for machine learning systems, it’s imperative to understand what CI – CD is, and how it might differ for a ML system.

While CI and CD are two different concepts, their lineage and correlation make them almost inseparable in contemporary times. 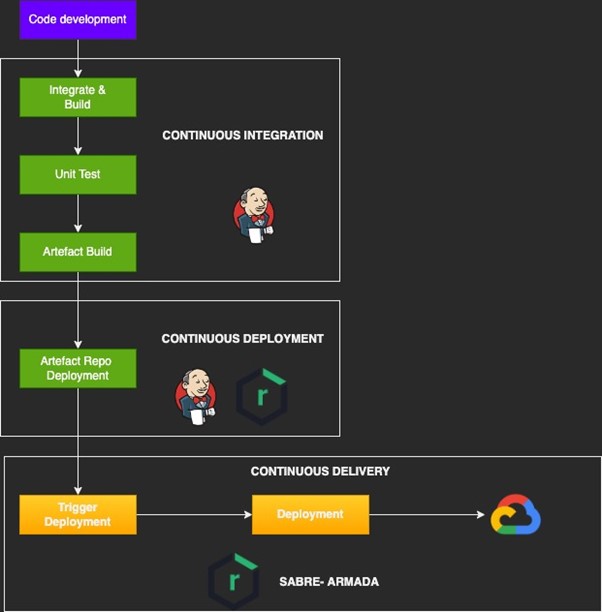 CI CD in a Web Application: A known world example

The core constituents of a web application can be categorized as follows:

Thus, for a web application, the built artefact from the code that goes though the cycle of CI/CD – CD is deployed as a production endpoint. 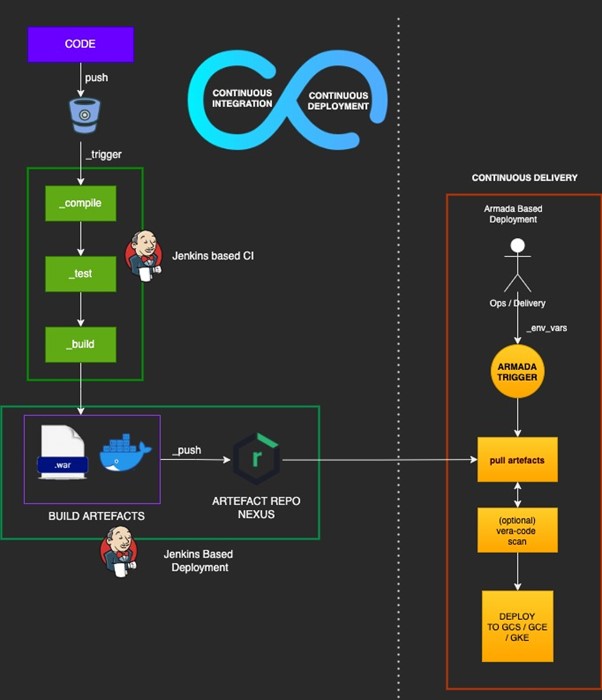 Our ML solution uses the below components –

What Makes this Different?

Unlike web applications, Machine Learning models are the end products that are deployed at a production endpoint. These models are prepared in the working environment using ML pipelines relying on standard ML libs and APIs along with some custom codes, training data and the distributed computing infra underneath that work in harmony.

Thus, the containerized code and configurations that are used to create these models become the primary CI-CD focus. The model that is eventually created in your environment might require a grant mechanism to be the defaulted version at hosting endpoints, something that we are not covering within the scope of this document.

Google recommends using GCP based services to implement CI-CD for ML based projects. The block below highlights the services that can be used: 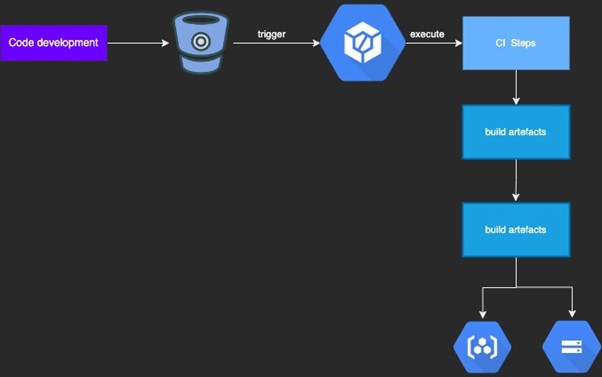 The suggested approach has the following challenges, when implementing Sabre’s standard practices:

Keeping the above in mind the below figure depicts the strategy to implement CI CD for ML systems built on TFX, orchestrated by Kubeflow and run on GCP’s Vertex AI platform. 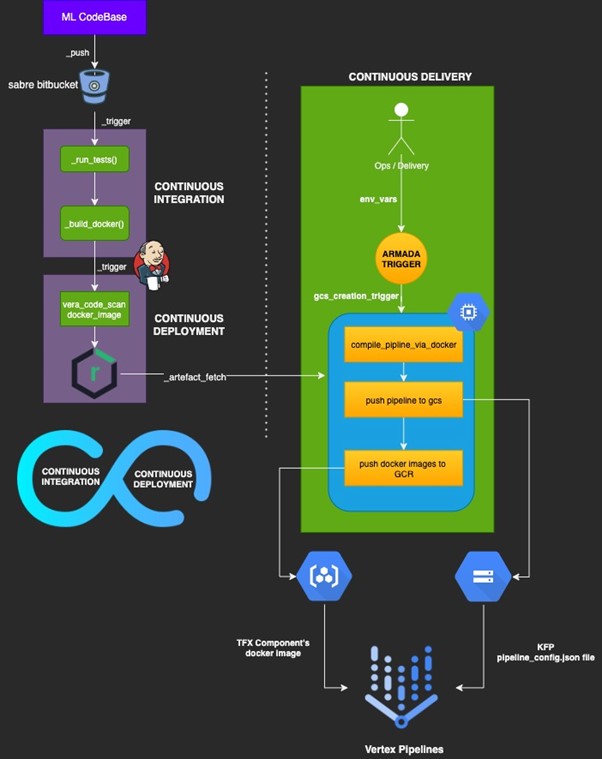 In line with the above strategy the flow for implementing CI – CD – CD for ML Systems as part of Retail Intelligence is as follows:

The above approach capitalizes Sabre’s defined CI – CD best practices in creating standards practices for ML system’s development to delivery lifecycle. As processes are further evolved this approach can be more compact and agile.