Stop clicking around: This 1 stat will make you click buy on your next plane ticket

Have you ever felt that insatiable desire to shop around? The feeling that just one more search will surface the cheapest fare, the most convenient itinerary, or your preferred transit airport. You’re not alone: airfare shopping volume has increased over 50% in the last year!

This shopping behavior is understandable given the consumer perception that airfares are always on the rise. Even if the price of oil has dropped, fares don’t follow. In the same vein, many travellers think that last minute travel follows the same upward trend in price. That’s an unsettling feeling for travellers, especially as flexibility becomes more valued. For example, many travellers now blend business with leisure, and so trips are not always booked as far in advance. Sometimes it’s just a few days before jumping on the plane!

To make sure they are not missing the best deal, many travellers shop persistently, looking for the perfect fare — without really knowing what that fare actually is. Recent research conducted by Options Away and Expedia also indicates that many travellers search without being sure of final travel plans: about forty percent of respondents said they would hold a flight when they weren’t sure of their plans, while twenty-five percent want to lock in an airfare over concern of increasing air fares. 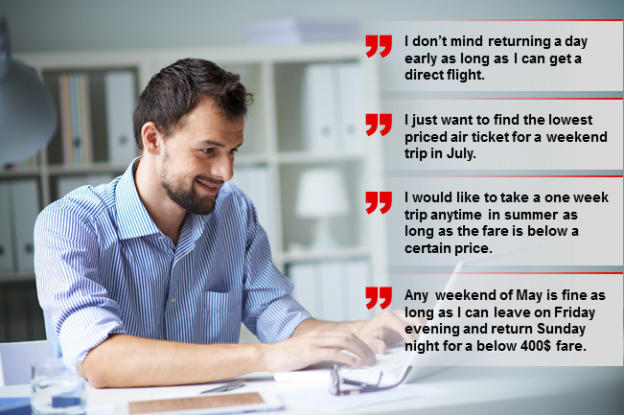 So is the blind shopping worth it?

Sabre processes more than $120 billion of estimated travel spend annually. To find out more about how traveller behavior affects booking, we looked at our data to find out the percentage of travellers spending more or less than the average fare. The results underscore the value of bringing in a consultant — it’s either “shop and hope,” or clinching the best fare available with expert help.

Did you know that less than half of travellers pay more than the average fare price?

We looked at five continents and the fare trend is roughly the same. The following graphic reveals the share of travellers that pay more than the average fare price on the selected routes. 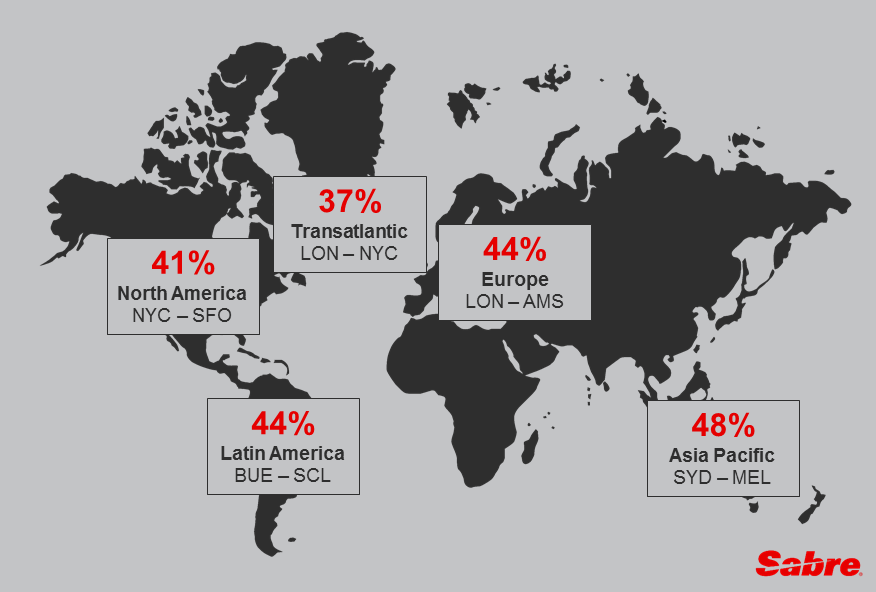 The difference in fares is one reason to comparison shop. Airlines use retailing technology, such as dynamic pricing, to segment fare classes on any given flight according to a variety of factors: day and time of search and how much demand there is for a flight, among others.

Since this can results in significant fare differences on any given flight, itineraries could be booked confidently and without hesitation if given insight into the flight’s average fare. This data-driven transparency actually enhances the traveller experience, delivering peace-of-mind at the first point in a traveller’s journey. The traveller completes the transaction feeling relieved and confident about the value of their next trip.

This is smart travel, which uses data to deliver an “eyes wide open” experience. Through comprehensive data visualizations, enhanced merchandising and better UX design, smart travel delivers a more targeted and efficient shopping experience — and ultimately, this makes you a happier traveller before the physical journey has even begun! That’s the type of technology-driven, traveller-centric experience that truly makes a difference.