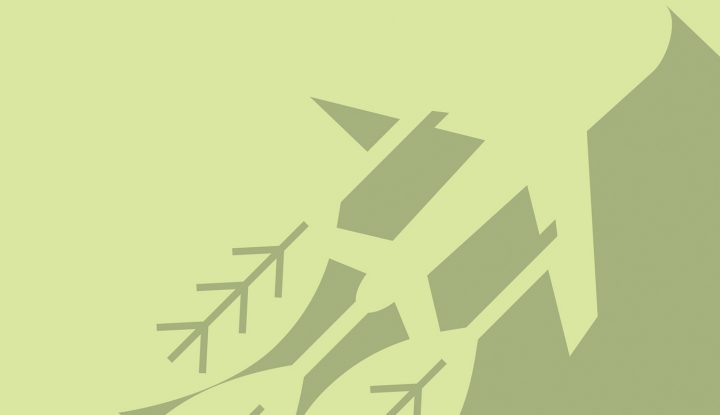 Exploring reasons behind the growing interest in biofuels, as well as a look at the economics and business case for biofuels.

A few years ago when oil prices were climbing, interest to develop biofuels was hot and kindled by the prospect of developing new, financially viable energy supplies. The idea was if oil prices continued to spiral upwards, converting biomass and waste into fuel could be a lower-cost alternative to relying on volatile fuel prices and imported oil.

In addition, biofuels offered “environmentally friendly” upside benefits such as the prospect of creating renewable energy sources, using land that had no or marginal use to grow oil-producing crops, and reducing carbon emissions.

Despite new venture company start-ups and failures, the biofuels industry continues to roll forward with some success. In aviation, interest in biofuels is climbing. This may be surprising given that jet fuel prices have come way down from record highs just a few years ago.

Biofuels: Getting ready for take-off

More than 2,000 commercial flights have taken place using biofuels operated by more than 20 airlines. Flights have been powered by fuels made from algae; sugar cane; wood chips; coal; energy-rich plants such as camelina, jatropha and tobacco; as well as waste materials such as cooking oil and farm waste.

In 2016, commercial production and use of biofuels has been launched, with United Airlines operating Los Angeles-San Francisco flights with a blend of 30 percent biofuel and 70 percent traditional jet fuel. The airline will purchase 15 million gallons of the mix during the next three years from AltAir Fuels, and it plans to expand biofuel use to all of its domestic flights that depart from Los Angeles.

United Airlines also made a US$30 million investment in Fulcrum Bioenergy, which has developed technology to convert municipal solid waste (i.e., household garbage) into fuel. Under this partnership, the airline can purchase 90 million gallons of renewable jet fuel per year.

Its investment will also help fund the construction of refineries near the airline’s hub airports, and the airline will get a discounted rate on the aviation biofuel that Fulcrum produces. Cathay Pacific Airways has also invested in Fulcrum Bioenergy.

In another transaction, FedEx and Southwest Airlines will buy-out the entire biojet fuel production of Red Rock Biofuels, about 3 million gallons per year, beginning 2017 through 2024. Their biorefinery is partly funded by the U.S. Departments of Agriculture, Energy and Navy.

“In FedEx’s case, it asked for the European Union carbon credits from us, and my first reaction was, what E.U. carbon credits?” said Red Rock Chief Executive Officer Terry Kulesa. “They’re thinking long term and about the possibility of carbon regulation of aviation in the European Union, and they knew that they couldn’t just flip a switch and ‘go low-carbon.’”

The prospect of regulation has also re-kindled the interest in biofuels. Establishing emissions targets for the aviation industry has been underway since 2008 when the European Union added aviation into its emissions trading system. In addition, the International Civil Aviation Organization (ICAO) has a mandate to set emissions standards for aircraft and create a market-based system to reduce emissions with a goal of carbon-neutral growth by 2020.

Options are limited for airlines looking for ways to minimize CO2 output. The obvious pathway is to replace aging airplanes with more fuel-efficient ones. That has been going on for decades. There are also some operational enhancements that can be made to reduce fuel burn.

Initiatives include continuous descent, the Single European Sky initiative, and improved operational procedures. These are projected to only achieve reductions up to a maximum of 10 percent of current emissions.

A solution to reducing CO2 can only be achieved by introducing low- or no-carbon biofuels.

Biofuels are often considered to be “carbon neutral” in that the amount of carbon dioxide released when they are used is the same as the amount absorbed by the plants as they grew.

However, while biofuels produce less carbon dioxide overall, they are not completely carbon neutral. This is due to fossil fuels being used in their production, fuel used to make fertilizers to grow the starting materials used to make biofuels called feedstock, or fuel used for transportation as part of the supply chain.

Examining the business case for biofuels

Let’s examine the gap to make biofuels competitive with fossil fuels. Biofuels will not reduce GHG or conventional pollutant emissions, decrease petroleum imports or reduce pressure on exhaustible resources unless there is a decline in the production and use of fossil fuels.

The challenge is to produce biofuels in sufficient quantities and at a cost in line with conventional fuels. This is not the case today. The cost of raw materials to produce biofuels from known sources such as palm oil and wood pulp is in line with the price of jet fuel, a refined product. However, on top of the raw materials cost, transportation and conversion into biofuel costs still need to be added.

CO2 is a commodity that can be bought or sold on the Intercontinental Exchange, or ICE. If we assume the cost of CO2 emissions is added to the price of jet fuel such as under a regulated scenario, up to 28 cents per gallon would be added. This was the peak price of CO2 that was reached in 2008. During the first half of 2016, CO2 averaged five cents per gallon.

Whether CO2 prices are high or low, the gap is still great versus the cost of biofuels and it appears financially advantageous to continue using fossil fuels in the near term unless biofuels are subsidized.

Biofuel production is very much a young industry. Technology and efficiency improvements are emerging, new feedstock sources are being explored, government policy initiatives are being developed and supply chain solutions are advancing quickly.

At this stage of development and at the current price of fossil fuels, the cost of producing biofuels for commercial aviation is not economically viable. Farther ahead, scalability and costs will be determined by geography and different infrastructure variables such as location, placement and size of refineries, ongoing development in efficient conversion technologies, transportation and storage at airport fuel farms.

This will be governed by regulations that have yet to be written. Advancement in feedstock is also key to produce the large quantities of sustainable feedstock needed for long-term, large-scale deployment. This includes increasing yields and developing innovative feedstock, such as algae.

In the long term, pursuing research to increase efficiency and decrease costs for both conversion processes and feedstock will be vital to bridging the price gap with fossil fuels.

There are administrative barriers to be overcome such as developing protocols, regulations and accounting to ensure biofuels are being handled, stored and used safely. Accounting will be required to comply with the E.U. Emissions Trading System or future ICAO standards.

Factoring the cost of carbon into operations

Assuming that all airlines in the near future will have to pay for their carbon emissions, the cost of CO2 will be added along with the price of fuel. In the first quarter of 2016, the average cost of carbon was five cents per gallon. Assuming the peak cost of carbon is added to the fuel cost, the gap is great versus biofuels, and it appears financially advantageous to continue using fossil fuels in the near term.

At present, biofuels are not cost competitive with fossil fuels, even when factoring in the cost of carbon emissions. Aviation will most likely join global emissions due to pressure on the ICAO to curb CO2 produced by the airline industry. This will be essential to achieve carbon-neutral growth targets.

Effective, supportive policy will remain an important enabler for bringing new technologies to commercial scale. Policy tools may include the use of subsidies, tax credits, and other mechanisms to encourage development and scale-up in the early stages.

Biofuels will play a role to offset emissions from fossil fuels. Governments, manufacturers, airports and airlines realize they are stakeholders in developing alternative fuels and have much to gain by shared learnings and investment in developing biofuels further.

This article was republished from Ascend magazine.

Peter Berdy is a consultant for Sabre Airline Solutions. 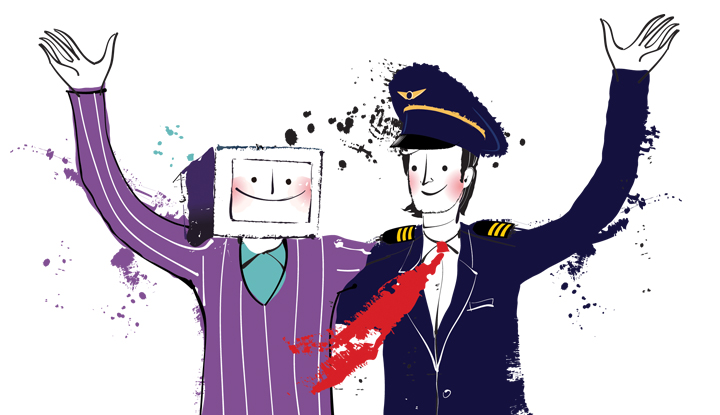 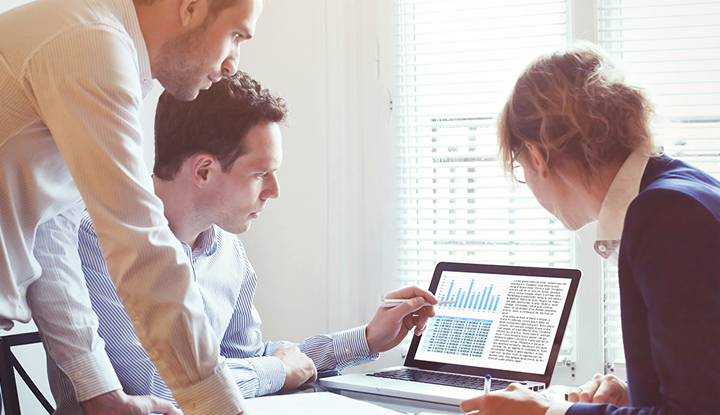 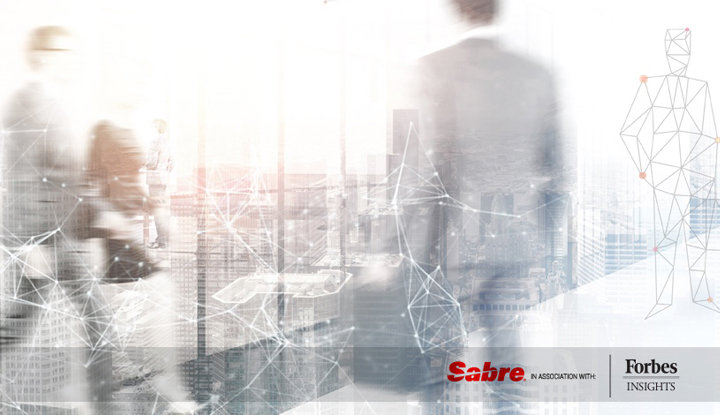 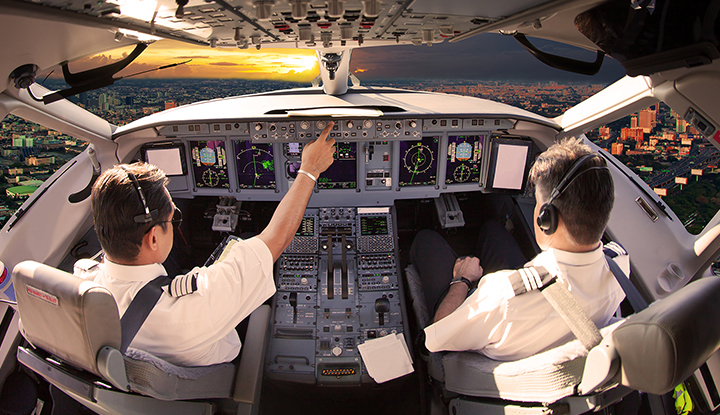