The UK travel industry was understandably riled after watching Piers Morgan’s rather ill-informed interview on Good Morning Britain with Association of British Travel Agents spokesman Sean Tipton. Irked by the perceived “price hiking” of travel during school holidays, Piers suggested that the cost of holidays should be evened out over the course of a year. Piers pushed further, asking:

“When are ABTA and the airlines going to stop being so damn greedy?”

If only it was that simple, Piers.

Indeed, it can be frustrating as a traveler to find that the cost of a family holiday is often significantly higher during school breaks. However, there are ways to avoid this by having a better understanding of how the industry works, and specifically how airlines price their fares.

For Piers’ benefit, here are some myth-busting facts:

Myth #1:  Airlines are “damn greedy” and try to “rip off parents”

Those quotes from Piers couldn’t be further from the truth. In fact, airlines are notorious for not making money. As an industry, it averages only four percent profit (International Air Transport Association, 2015).

To put this another way, an airplane with 100 seats only starts making a profit after around the sale of the 70th seat.  Any fewer seats sold and the airline loses money on that particular flight. How many of us would still get up in the morning and go to work, if our wage for the day was less than the train ticket to get to work?

Myth #2:  Planes are always full so they must make money

If you usually travel during the height of summer, it may seem like planes are always full. You’re struggling to find a spot for your bag, making you think that it must always be like this. Yet airlines operate year-round and actually only fill 70 to 80 percent of their seats on average.

Given that airlines only start making money after around 70 percent of seats have been filled, it’s a bit of a gamble and reinforces why they only average four percent profits.

Not true. You can still bag a bargain. Here’s how airlines typically price fares.

Exactly 365 days before a flight, the airline will start selling its seats. Prior to this, it will have calculated the likelihood (based on the time and date) that the aircraft will fly at full capacity. If the likelihood is low — for example during off-peak times — the airline will typically put out around five different fare types. These range from highly discounted fares geared towards building demand, to more expensive fares come with the ability to change and cancel for free. These are more suited to business travellers whose travel plans may change at the last minute if a meeting is moved or cancelled. 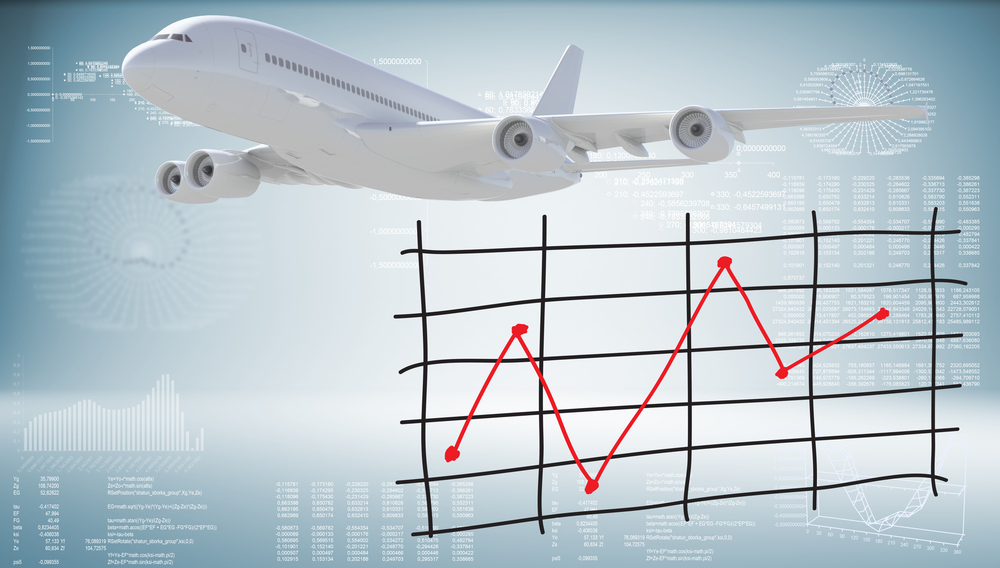 At the other end of the scale, if this flight is scheduled for a date that falls in a typically peak period, the airline already knows it will probably fill the flight.  Therefore it doesn’t need to put out so many discounted fares to build demand, as demand is already there. Fares occasionally go down nearer the date of the flight, because sometimes flights don’t fill up as expected. The airline therefore will try to attract interest by dropping the price of a certain number of seats.

Booking early and keeping an eye out for discounted fares near the time of travel are two ways to avoid higher fares during peak times. Travel agencies who know the business can often be of great help here, despite what Piers claims.

Myth #4:  Fuel prices are low now so fares should be cheaper

Fuel is an airline’s biggest cost. So when oil prices go down, the cost of running an airline should be lower. However, not all airlines have benefited from this.  Firstly, airlines often purchase fuel at pre-agreed prices well in advance. This practice known as hedging gives airlines long-term certainty on fuel prices. It’s a bit like signing up for fixed-term mortgage rates. Sometimes you get a great deal if interest rates go up, but you’ll be stuck at that higher rate if they come down.

Secondly, there’s more than fuel that make up the cost of running an airline. The cost of flying a 524-seat Boeing 747 Jumbo Jet from London to New York is approximately £150,000. And that’s just its airborne cost — fuel, crew costs, airport landing charges and meals. After that, there are countless other operating costs that an airline has, from ground operations to gate fees. While fuel may have come down, the remaining operating costs remain the same.

So there you have it — four myths that I’ve hopefully busted for you. Airlines, like every other private sector, exist to make a profit. Given the high costs associated with flying passenger jets — along with airlines’ typically low profit margins — pricing travel in line with supply and demand is crucial to the industry’s existence. No one wants to see airlines go out of business, as that would mean fewer destinations at higher prices due to decreased competition among remaining airlines.

Next in this series: ways that airlines make the travel experience (and their pricing) more personalized to you.