Nick Vivion on March 9, 2017
Around the Industry

UPDATED 3/10 TO INCLUDE AMAZON’S UTM PLANS

Drone technology continues to expand in popularity among businesses. The prospect of solving last-mile logistical challenges makes drones an appealing asset. This has led to a drone rush of sorts, with companies of all kinds, from UPS to Amazon to Google, all scrambling to drone up. But who will emerge as the backbone of drone management? Who will sell the shovels in this latest tech gold rush?

In the clouds with giants

Current Federal Aviation Administration rules limit drones to under 55 pounds. Drones must also operate only within the operator’s view. These regulations are impractical for commercial drone delivery. Amazon’s PrimeAir promotes itself as a fast, safe and efficient addition to the transportation system. Unless drones can operate autonomously, this vision cannot happen. 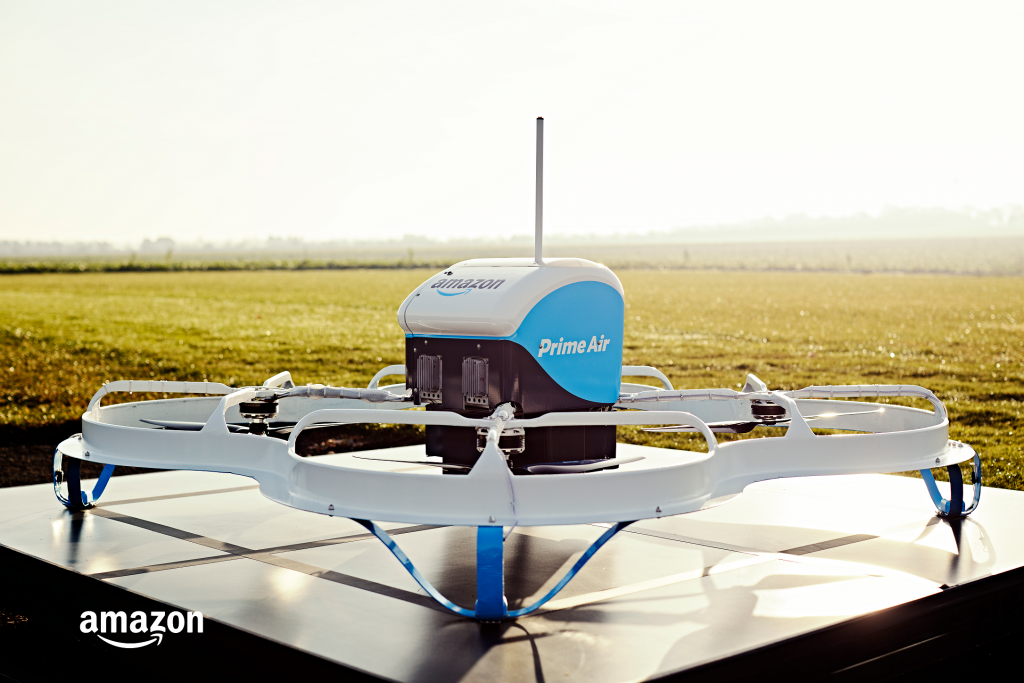 NASA has tested an unmanned traffic management (UTM) system that is completely based on software based in the cloud. Yet this is a bit of a reach for the agency, who is not directly responsible for managing air traffic and does not deliver commercial cloud infrastructure solutions at scale.

Google and Amazon are of particular interest. As two of the most valuable companies in the world, they are already heavyweights. Amazon dominates retail and Google dominates search — and an infrastructure company will dominate drones. After all, there’s a windfall to managing drone traffic.

Amazon and Google also have made significant bets in cloud services. This cloud infrastructure is well-positioned to power the complex connectivity required by drones. Google has clearly stated ambitions: to become the air traffic controller for drone traffic.

“In most places, the layer of air under 500 feet has no air traffic control to enable coordination. We seek a solution that unlocks the potential in this airspace by making it possible for anyone to safely operate. So we’re working with experts, regulators and the broader aviation community to develop a common approach to managing low-altitude airspace.”

Google wants its cloud infrastructure to become the backbone of drone traffic control. This would give the search giant a block of stability outside of its cash cow search business.

Amazon, for its part, is not likely going to pay a toll tax to use a third-party’s infrastructure. The company has released its own vision of how drone traffic should be managed. While it reflects some of the same thinking as Google’s, it’s clear that there’s not a comprehensive framework from two of the larger stakeholders in making drones commercially viable.

And the U.S. government is not known to move quickly enough to support the growing needs of the aviation community. One only has to consider how long it’s taken to update our outdated land-based radar systems to see the challenges. In other countries, such as Singapore, there are more direct paths for institutions to operationalize a drone traffic management solution.

If the government moves too slow, businesses will move ahead with competing frameworks. Even with the “line-of-sight” restriction, there is a need for a networked infrastructure for drones. This could

“One, there’s an advanced system that manages all these drones in real-time using algorithms. Or two, each drone company would file flight paths to the FAA, or a similar organization.”

The first option is a real-time, seamless fabric overlay, while the second is akin to what we have now. Except it would add more complexity to a system already used by 84,000 daily flights.

A hybrid approach is more likely.  Shorter flights route through a connected network, while longer distances need more detailed plans. The reality of commercial drones taking to the skies at scale seems to be just around the corner. Will the technology be ready to handle it? And, perhaps most importantly, who will be the biggest winners from this Internet of Things bonanza?

“Amazon and Google have become such integrated parts of our lives. If they want to turn an industry sideways – or forge a new one – then they will! Each has the computing power to become the FAA for drones.”