So far, Cuba has dominated the headlines in 2016: first, the Department of Transportation opened bidding for new commercial routes into Cuba. Then President Obama announced that he would become the first sitting president in 88 years to visit Cuba. Coinciding with this week’s state visit are also both a Major League Baseball game and a Rolling Stones concert. Altogether, it’s quite the cultural watershed moment.

So what do these rapid developments mean for the travel industry? In this two-part series, we use Sabre data to explore how the ecosystem of travel to Cuba could develop over the next year.

American Airlines flew 1,200 charters last year to Cuba, while JetBlue also flies charters to Cuba. The government has not said whether those already operating in Cuba will have an advantage in the bidding process. To be considered, airlines must submit details of the proposed routes, such as aircraft type and a prioritized list of origin cities.

In a statement to Bloomberg BusinessWeek, JetBlue’s SVP of government affairs Rob Land, highlights how competitive this process already is:

I think it’s safe to say that the Havana market application pool will be oversubscribed. 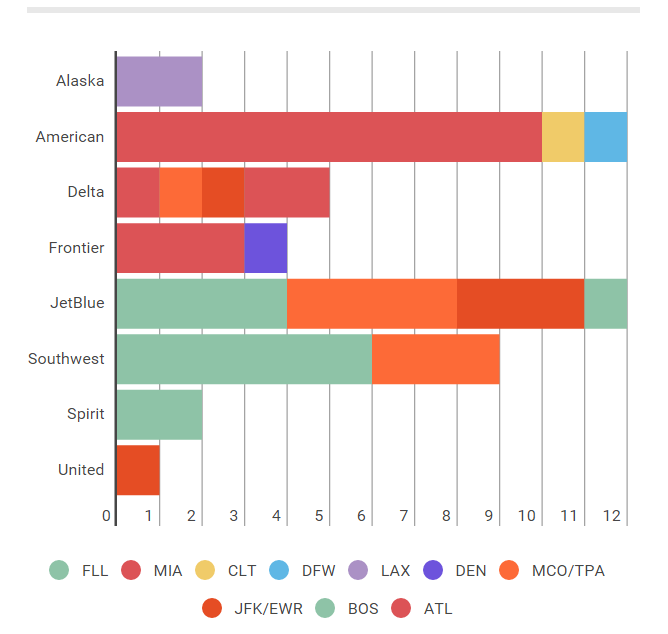 Airlines are clearly eager to serve the 77% increase in Americans arriving to Cuba in 2015, a year that saw a total of 161,000 American arrivals according to the Caribbean Tourism Organization.

BusinessWeek also highlighted some of the likely metrics for regulators, saying that “the size of a city’s Cuban-American population, along with which routes are most conducive to business travel and other commercial engagement with the island” will be prioritized. The airlines serving the cities below are likely to have a leg up in the selection process. 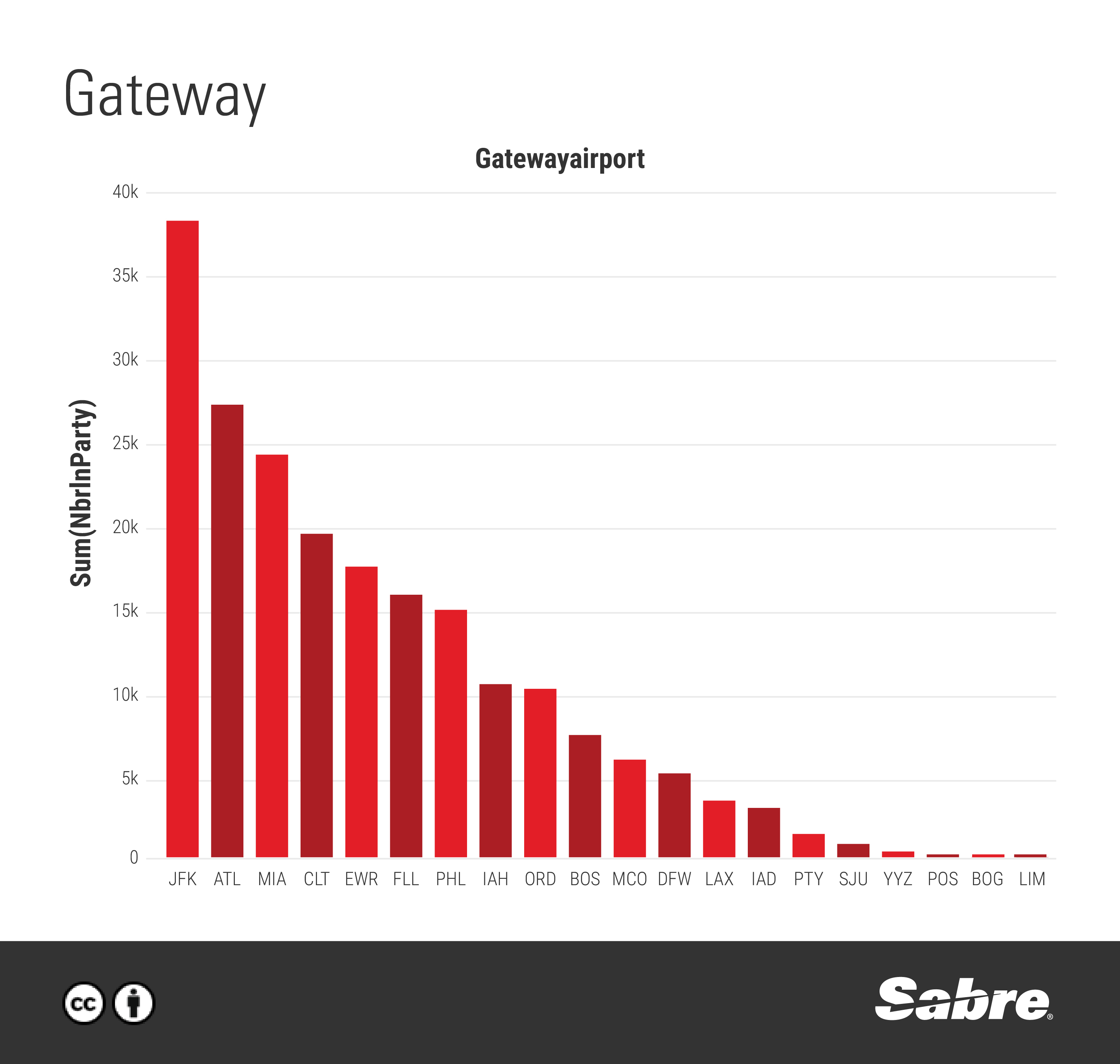 This critical information supports some of the airlines’ applications for a sizable share of the daily flights to Havana. For example, American argues that its strong hub in Miami is ideally suited to serve that area’s significant Cuban-American population.

Travel to Cuba opens up – but from which cities?

Amidst the backdrop of his historic trip, President Obama further eased travel restrictions to Cuba. Americans can now travel to the island if the trip is declared a cultural visit. This includes activities such as visiting art museums, learning about the Cuban people, taking in art or even watching a baseball game.

Given this, more and more Americans will travel to Cuba. The question is: from which cities?

Sabre data from 2015 sheds some light on which cities airlines may be awarded routes. While its never apples-to-apples (Sabre’s internal data set on American travel to Cuba is significantly large), our predictions considered gateway cities for travel to similar Caribbean countries.

The data, which is pulled from an anonymized and blended (corporate/leisure) set sorted by date of booking, shows the most popular gateway cities for travel to the Caribbean. A gateway city is the last city prior to flying to a country. So rather than showing the city a traveler started from, it shows the last city a traveler transited through before arriving in the country. Since passengers from other cities generally travel through hubs, this analysis shows the hubs that the DOT would be most likely to consider for sanctioned travel to Cuba.

The countries include Barbados, Bahamas, Dominican Republic, Puerto Rico and Trinidad and Tobago. Based on the assumption of attracting a mix of leisure, family and corporate travel, each of these countries have a similar profile and demographic appeal as that of Cuba.

There are twenty daily flights in play – could the DOT match the current travel patterns to Cuba or will the government adjust these flights to match local Cuban-American populations with direct access to their families back home? There’s no easy answer but the data offers an insightful look at how many elements should be considered.

The DOT could also look at which airlines market the most flights into the Caribbean, which demonstrates deeper knowledge of the operational complexities of Cuba. An analysis of airline marketing codes shows that American, Delta, JetBlue and United are the most active commercial airlines in the selected countries. 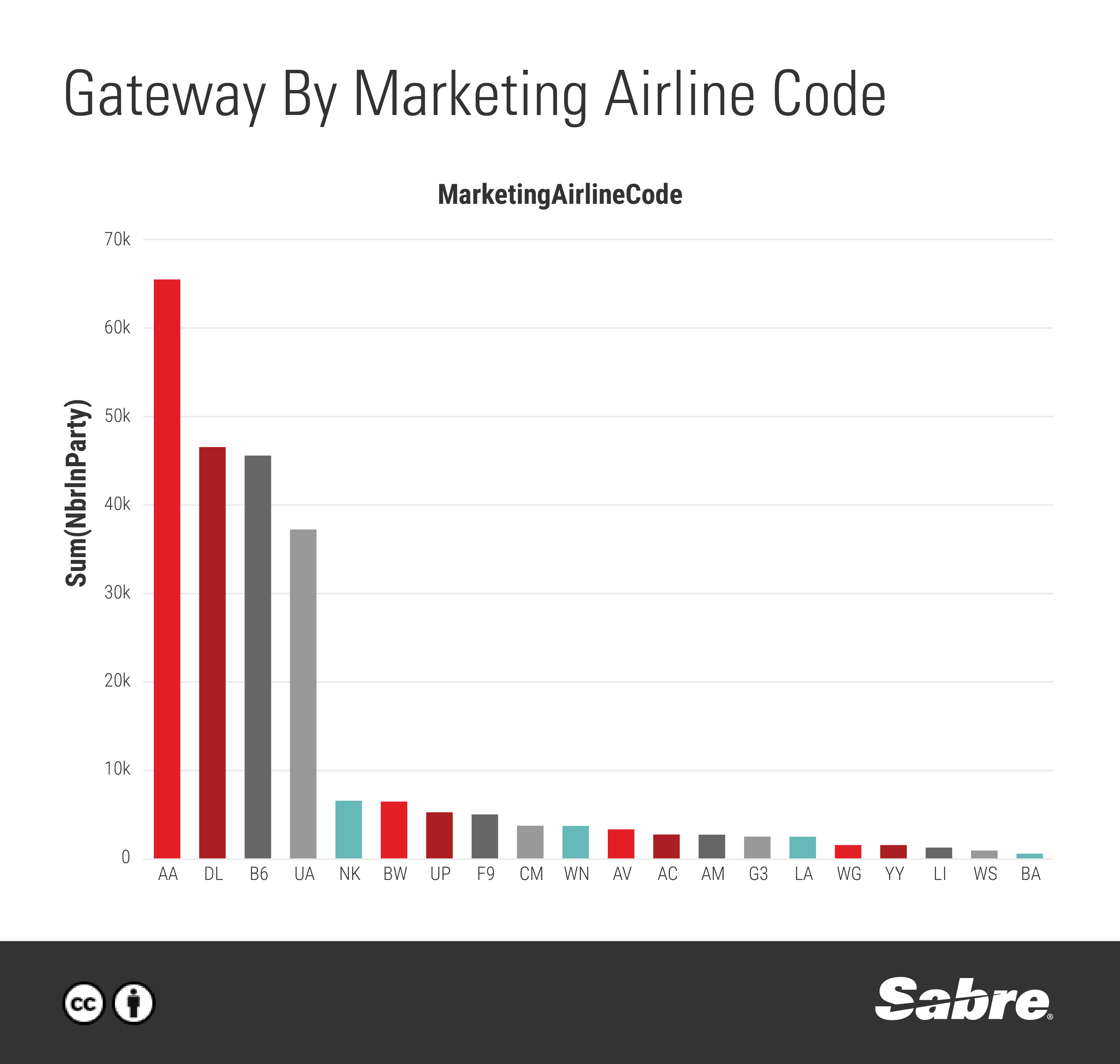 The DOT is expected to release the chosen routes by the summer – just in time for the onslaught of American travelers expected to touch down on the island during peak summer travel season! Will you travel to Cuba in the next year?