By Melissa Syphrett on Dec 19 2019
Categories 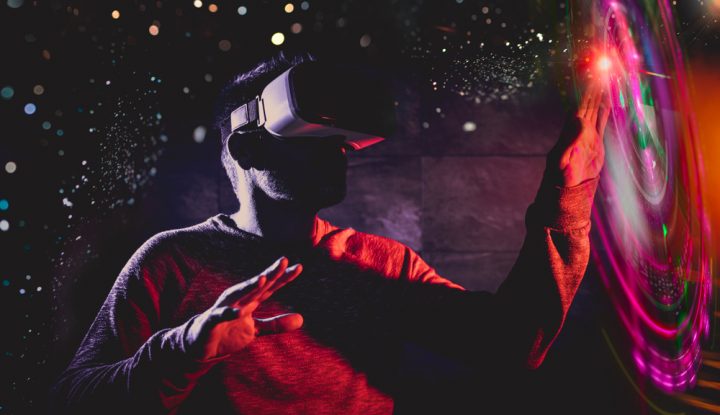 We’re taking a look back at Big Design, one of the world’s largest user experience (UX) conferences, co-founded by Brian Sullivan, our director of design strategy. As in years past, some of Sabre’s most forward-looking thinkers took to the Big Design stage and made audiences look at the world in innovative ways.

Programmer and UX author Ken Tabor led his audience through a thought-provoking presentation on augmented reality (AR). Where many see a toy for video gamers, Tabor sees a tool. He urged his audience not to miss out on its potential, comparing it to another “toy” that’s so evolved.

“When I first looked at drones, I thought, ‘This is something for my buddies who love remote-control cars, except now the cars will fly,’” said Tabor following the show. “Now, the drone industry is worth billions of dollars a year and it does some very serious things.”

Tabor isn’t alone. Some say AR is part of an elite group of technologies making up the fourth Industrial Revolution, alongside machine learning, cryptocurrency, IoT, virtual reality and biosciences. And in an era aptly known as the “Information Age,” AR stands to be a perfect complement.

“Hold up your phone and an AR-equipped app can put something on top of what you view,” said Tabor. “The way we connect the dots between augmented reality and how it gets applied is through its ability to give people the information they want in their environments, but forget or otherwise can’t obtain.”

Within travel, Tabor can imagine many practical applications. “If I were going to apply AR in the airline space, I would think of looking out on a tarmac. What would a maintenance person or pilot want to know about the plane? Or if you were a passenger walking around a terminal, how would you like to be guided from the outside curb, through security, to the gate?”

All questions that may soon be answered by AR, which is already influencing the travel industry, leading to Tabor’s advice to technologists: Start working with augmented reality now. “We can’t afford to be left behind. It’s great to be comfortable in a good position, but we always have to challenge ourselves to be uncomfortable.”

And a final tip: Keep embracing the future. “Any product manager who’s reading science fiction novels has a markedly better advantage over their peers and colleagues.”

Melissa Syphrett is a member of the Sabre Insights team.