Note: This augmented reality article is excerpted from Sabre Labs’ 2017 Radar Report; check out the full report for a look at nine tech trends shaping the travel landscape.

Augmented reality (AR) is turning the world we live in into a multiverse— countless simultaneous, overlapping realities. With the right lens, the right window, we can seamlessly move between worlds or even create our own. And AR doesn’t just provide new worlds; as the lines blur between the digital and physical, there are a growing number of opportunities for AR to enrich our three dimensional spaces.

Augmented reality has become trendy in Hollywood. Movies such as Iron Man and Minority Report, have taken advantage of computer graphics to envision how AR might look in the future. But where movies often fall short is by depicting AR as merely a high-tech substitute for today’s flat displays. AR is developing to be far broader and deeper, adding layers of digital content to every part of the real world.

Last year saw the launch of three foundational AR efforts: Microsoft HoloLens, Google Tango, and Pokemon Go—a trio of radically different projects, each demonstrating a different element of AR’s potential. It also saw the proliferation of real-time video filters and interactive selfie animations added to Snapchat and Facebook. But the big news in augmented reality this year is Apple’s release of ARKit, a tool for developers to build AR apps in preparation for the launch of iOS 11 this fall. Taken together, these products provide a framework for understanding what’s happening now and what we can expect over the next few years.

AR depends on having some awareness of a user’s location. Proximate AR knows rough location, but lacks the sensors to accurately map a physical space in 3D, so nearby objects may jump around, but can still exist in an approximate location. Proximate AR is sufficient for many kinds of tasks and is cheap and easy to implement into everyday devices such as smartphones and tablets.

Pokemon Go is the most widespread touchpoint for proximate AR. It dominated a cultural moment, catapulting the term “augmented reality” into the public consciousness. To date, Pokemon Go’s use of AR is very limited—it’s inclusion of digital creatures overlaid on a cellphone camera feed is the most primitive form of adding digital content to the real world. What’s far more interesting about Pokemon Go is its success in normalizing the idea of location-based digital content. The game adds a layer of digital information mapped to the real world—it is its own separate Earth, coexisting with the world around us. And players are often willing to walk hundreds of miles over the course of play to collect digital objects and visit virtual locations.

Precise AR involves sensors that can accurately map a 3D environment and seamlessly integrate virtual objects into that physical space. With precise AR, virtual objects can have a sense of permanence—existing and behaving as if they were real. With precise AR, if you place a virtual coffee cup on a physical table, it will rest exactly on top of the table—not partially inside the table, not floating above it. Precise AR is what’s necessary for the AR multiverse to fully realize its potential.

The Microsoft HoloLens headset was released as a developer kit in March 2016 (still not marketed to the general public) and is the standard bearer for precise AR. Wearers look through clear lenses and see fully three-dimensional virtual objects embedded in the real world. The most impressive part of the HoloLens is its ability to map and remember physical spaces with incredible precision. If you walk out of a room, digital objects in it will remain exactly where you left them—a virtual TV on the wall, a virtual chessboard on the table, a virtual window displaying a live view of the beach. Persistence and visual immersion make the HoloLens the best current experience of what will be possible in the future.

Google Tango is a design standard for precise AR in smart phones, using spatial sensors similar to those in the HoloLens; the phone becomes a window through which you can see into other worlds. For instance, on a museum tour, a Tango device could allow you to see inside a sarcophagus or put flesh over dinosaur bones. Businesses from BMW to Gap to Lowes are actively using Tango technology to help sell products, allowing people to find and envision products in their personal spaces and at scale. For now, Tango is primarily being marketed to businesses and there is currently only one Tango-capable phone on the market (though a second is on the way). If Tango starts being integrated widely into Android phones, it will likely accelerate development and use of precise AR applications. 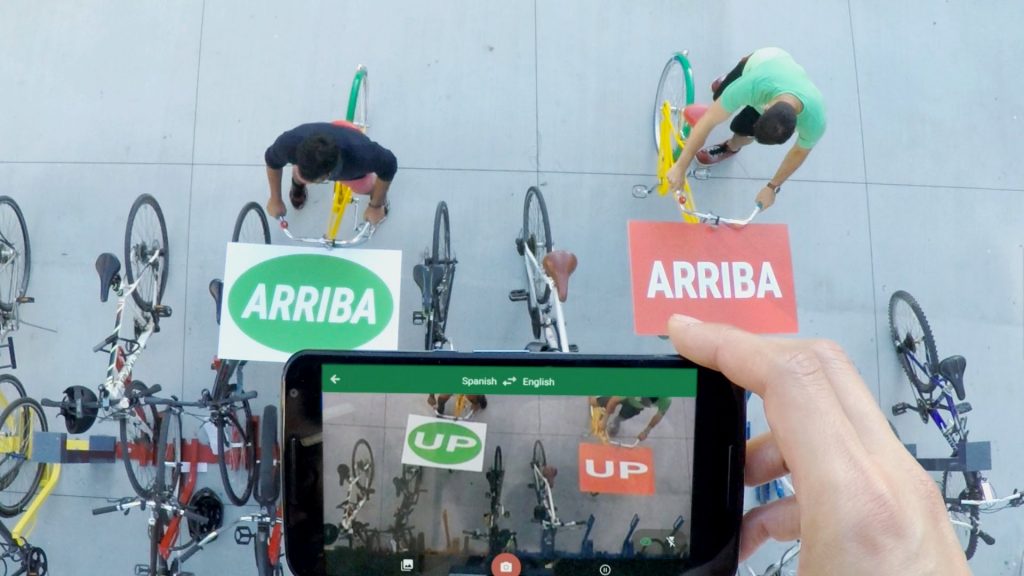 Apple’s ARKit is the X-factor in the current AR landscape— from the information released to date, it appears to achieve some advantages of precise AR without the need for the spatial sensors present in HoloLens and Tango devices. ARKit allows programmers to create iOS 11 apps with integrated AR functionality using the standard iPhone/iPad camera as the only visual sensor. But what Apple lacks in sensor complexity it makes up for in user volume… with the launch of iOS 11, hundreds of millions of iPhones and iPads will have access to ARKit apps. This incredible user base should jumpstart interest and funding for real world applications. ARKit will help establish an ecosystem and talent pool ready to grow in capability whenever Apple decides to launch more sophisticated, sensor-rich hardware.

“I view AR like I view the silicon here in my iPhone, it’s not a product per se, it’s a core technology.” – Apple CEO Tim Cook

Looking at AR as a core technology, the overlap of the four efforts highlighted point to what AR may look like a few years out: Precise AR, available in both headset and smartphone forms, broadly supported through rich Android and iOS ecosystems, providing access to a multiverse of countless overlapping worlds. But what will some of those worlds be?

For many people, Pokemon Go helped create the idea that AR is first about gaming, and while gamification of the real world is happening, AR worlds are far broader. AR is already being used for things like translation—the ability to read every sign or document in your preferred language in real time. And it’s easy to imagine all kinds of other functionalities, like visual Wikipedia for the real world… every building, street and landmark mapped to layers of rich content. Walk around a sculpture and watch a time lapse of the sculptor carving the piece; look down a street and see all the businesses and reviews; look up in the sky and see through the clouds to the satellites and stars soaring above. Or, closer in, look at a flower or listen to bird and learn what it is and where it thrives. Or in social spaces, never forget a name or an interaction; businesses could greet every passenger or hotel guest by name and know their customer history at a glance.

The real potential of AR is not just in making information ubiquitous and easy to access, it’s in creating new functionalities, new kinds of content and ways of augmenting the real world to engage more deeply with it and with one another. We have infinite worlds to discover and create, and it’s up to us to imagine what those worlds will be.