2017 is the year to try digital realities

With many new technologies, a few words are sufficient to explain the change: more pixels, wireless charging, faster Internet. But digital realities (virtual, augmented, and merged reality) are inherently about immersion and sensory engagement. These visceral experiences can be very hard to put into words. Which is why we’re excited: 2017 promises to provide a wealth of opportunities to experience digital realities firsthand.

Accessibility to firsthand digital reality experiences is being driven both by technological advancement and by economic incentives. Digital realities are forecast to be a $162 billion market by 2020, and most of the world’s largest technology companies are vying for consumer attention and fighting for their share (or preparing to fight for their share) of the rapidly growing market.

We believe firsthand experience is incredibly helpful for businesses to start to understand the potential these technologies have to impact virtually all domains of business and leisure travel over the coming decade.

In Sabre Labs, we use “digital realities” as the umbrella term for a family of related technologies, all incorporating different ways digital information can change the way we sense and engage the physical world:

All of these technologies exist on a spectrum of sophistication, with smartphones as the platform for base-level experiences and multi-thousand-dollar proprietary hardware platforms representing premium consumer experiences. The premium experiences are more immersive, but even base-level digital reality experiences can spark the necessary element of “magic” to help users imagine the future.

Anyone with a smartphone can try some elements of augmented reality right now, where they sit.

Here are a few favorites that demonstrate some of the travel potential for augmented reality: 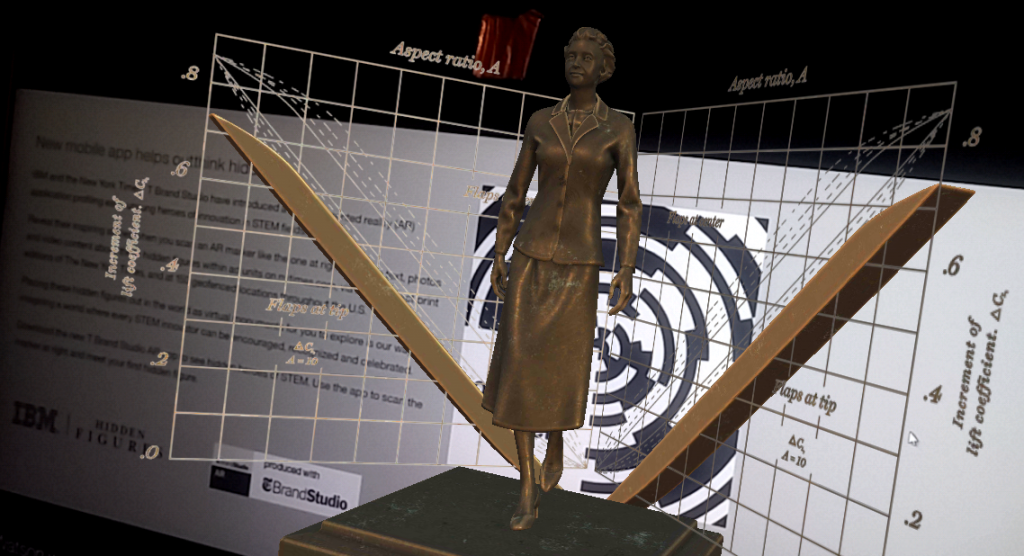 “Outthink Hidden” uses a cell phone camera and screen to create a floating statue of Irmgard Flügge-Lotz, a mathematician specializing in aerodynamics and the first female professor of engineering at Stanford University.

More immersive AR/MR experiences will start to be widely available as the next generation of flagship smartphones launch throughout the year.

Many will include “spatial computing” elements by using multiple cameras to sense depth in the physical world, allowing people to use smartphones to interact with digital objects placed in physical environments, showing ways to transform shopping as well as enhance tourism.

Premium AR is currently synonymous with merged-reality (MR) experiences and is limited in terms of consumer access. The Microsoft Hololens remains the product leader, but the launch of the Meta 2 AR headset brings competition at 1/3 the cost (but it’s still almost $1000). For now, premium AR well seldom be experienced firsthand outside of places like tradeshows and technology labs.

Base-level virtual reality experiences started to be available at the end of 2015, but relatively few people took advantage of what was available. 2016 saw the launch of flagship VR hardware products from Oculus, HTC, Sony, Google and Samsung, among other players, but dispersion was relatively limited until the Playstation VR headset was released in Q4.

In 2017, VR will be much more widespread, offering the chance to try high-level smartphone-based and computer/console-based VR experiences.

As with AR, many of the most accessible opportunities to experience VR will be driven by smartphone advances. Most flagship Android phones for 2017 (and a handful of 2016 models) will meet the Google Daydream VR software and hardware standards, guaranteeing a fairly high-level VR experience. Your easiest place to try VR today is to find a Daydream demo at a local electronics or mobile phone retailer.

Premium VR is being made accessible by the relative affordability of the Playstation VR headset and by the expected launch of a variety of affordable headsets meeting Intel’s Project Alloy VR/MR standards. The top players producing hardware in this space—HTC, Oculus and Sony—are partnering with a breadth of businesses to provide opportunities for consumers to try their platforms firsthand.

From inspiration to shopping to service and support to navigation to entertainment, digital realities are poised to change both the experience of travel (for travelers and travel providers) as well as what it means to be “somewhere else.”

To help guide businesses in how to understand and plan for the impact of digital realities, Sabre Labs released the Emerging Technology in Travel 2017 Report (free to download). Which discusses digital realities in depth, along with two other technology megatrends and their impact on the travel industry. The report also breaks out segment-specific recommendations for airlines, hoteliers, agencies and travelers.

We encourage you to take a look at the report to learn more, and invite you to reach out to our Sabre Labs team if you want to discuss the future of technology and travel.